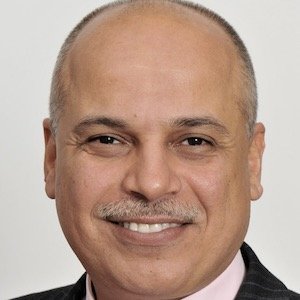 Professor Bunkheila is an NHS Gynaecology Consultant who also works at Sancta Maria Hospital in Swansea.

Prof Bunkheila graduated from Western Illinois University USA with a BSc in Chemistry & Zoology and then went on to do medicine and qualified in 1990 with a MBChB from Al-Arab Medical University in Benghazi. He joined the NHS in 1994, completed the East Midlands formal Postgraduate Medical Training Programme and moved to Wales in 2003 from his NHS Consultant post at the Queen’s Medical Centre, Nottingham to Singleton Hospital.

His other areas of expertise include treatment of Period Problems, Cysts, Fibroids, Endocrine Gynaecological Disorders (such as PCOS), Early Pregnancy Problems and Pelvic Inflammatory Disease. If surgery is required for any of these conditions, his approach is minimally invasive; via laparoscopy or hysteroscopy.

He performs large numbers of Laparoscopic surgeries; either preservation surgeries or hysterectomies to the most complex stages of endometriosis and other Gynaecology diseases. He is known to be a meticulous laparoscopic surgeon, with notable endurance dealing with endometriosis. Such surgery can be very difficult and constantly requires preservation of delicate organs impaired by such a progressive disease. He works closely with other specialist surgeons, radiologists, Pain consultants & Specialist Physiotherapist to deliver the best possible care to women with endometriosis. He leads the new Swansea Endometriosis Centre; a tertiary referral centre for Endometriosis.

Prof Bunkheila was awarded a Master of Science Degree in Assisted Reproduction Technology from the University of Nottingham. He was one of the graduates in the primary years of this first of such cut-edge technology degree in the world. He has a broad experience in all aspects of clinical fertility and IVF including male surgical sperm recovery techniques.  His science background allowed him to excel in the Masters’ focused laboratory hands-on practical experience on Hormone Analysis, PCR, freezing of Sperm & Embryos, IVF, ICSI, Embryo Culture and Embryo biopsy. At Singleton Hospital, he was the Person Responsible and the main originator of the Swansea Reproduction Unit (SWARU); the first HFEA regulated NHS IUI & Andrology service in Swansea.  Prof Bunkheila, was the de novo founder and the former overall Director of the NHS IVF Service, known as the Wales Fertility Institute in NPT Hospital, which later acquired the management of the NHS IVF unit in Cardiff and became an IVF service to all South Wales. It was an NHS left behind mammoth task that became a gratifying project to NHS Wales; it taught him communication at its peak when people display, at challenging times, their human character at its best and otherwise.

Prof Bunkheila is passionate about teaching and directly contributed to the training and signing-off of many gynaecology consultants in Wales and elsewhere. He is a founding executive member of The WEST course; a not-for-profit 8 months Gynaecology Simulation laparoscopic training course for gynaecologists wishing to advance their laparoscopy skills.

He is a member of the BSGE, BFS, ESHRE, BMUS and an active participator and driver of research, published many articles and chapters in books and was an active examiner at various National & International Medical Universities. His research that awarded him an MD from the University of Benghazi, resulted in the establishment of the first GTD centre in the country. He held previous roles of RCOG College Tutor and the all Wales Career Advisor for Obs & Gynae. He assisted many MD & PhD students in their research projects at Swansea University, Cardiff University and elsewhere and is awarded with an Honorary Chair at Swansea University.  He keeps his knowledge updated and regularly attends specialised international meetings to share his practice with other specialists and bring to his hospital new techniques & practices from international authorities. 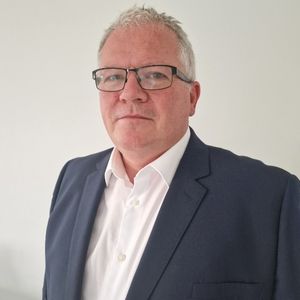 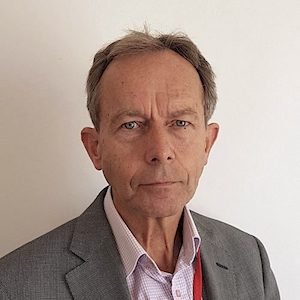 Affordable healthcare you can trust.

This website uses cookies to improve your experience while you navigate through the website. Out of these cookies, the cookies that are categorized as necessary are stored on your browser as they are essential for the working of basic functionalities of the website. We also use third-party cookies that help us analyze and understand how you use this website. These cookies will be stored in your browser only with your consent. You also have the option to opt-out of these cookies. But opting out of some of these cookies may have an effect on your browsing experience.
Necessary Always Enabled
Necessary cookies are absolutely essential for the website to function properly. This category only includes cookies that ensures basic functionalities and security features of the website. These cookies do not store any personal information.
Non-necessary
Any cookies that may not be particularly necessary for the website to function and is used specifically to collect user personal data via analytics, ads, other embedded contents are termed as non-necessary cookies. It is mandatory to procure user consent prior to running these cookies on your website.
SAVE & ACCEPT